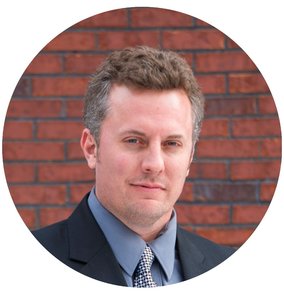 With over 20 years in the Video Production Industry, Ryan has managed and produced productions for multiple cable networks and production facilities throughout the Southeast. He has more than a decade of distinguished production credits to his name. Ryan has produced hundreds of live and taped television programs and commercials on the local and national level. Throughout the years, Ryan has produced, organized, developed, and designed numerous TV Scripts, Multimedia Productions, Marketing Campaigns, and a Film Festival that created positive results in the community. During those 15 years, Ryan was honored as one of Fox’s Top Marketing Producers in the Country.
He’s as passionate about creating and producing great media projects as he is about creating media projects that’s designed around a good story.

Since graduating from Middle Tennessee’s State University's Digital Animation Program, Robinson has created and/or launched the production of numerous Cable and Network television shows in nearly every genre and format: Live Events, Live-to-Tape Events, News Programs and Commercials, Studio Talk Shows, Features, Adventure and Travel Series, Educational Programs, and more. In addition, Ryan has developed and written hundreds of commercials and marketing spots.
​
Most recently, Ryan has taken on the role of a "Marketing Consultant" and has already begun helping new clients to: Develop their Marketing Goals and Create a Brand Strategy / Implementation to help companies achieve their maximum marketing potential.

From creative inception, to production, to Final Project Completion, Ryan Robinson oversees all aspects of each creative project.

He's not just another pretty face, he's got mad marketing skills too.   Do you?   Get in touch today and let's get creative.